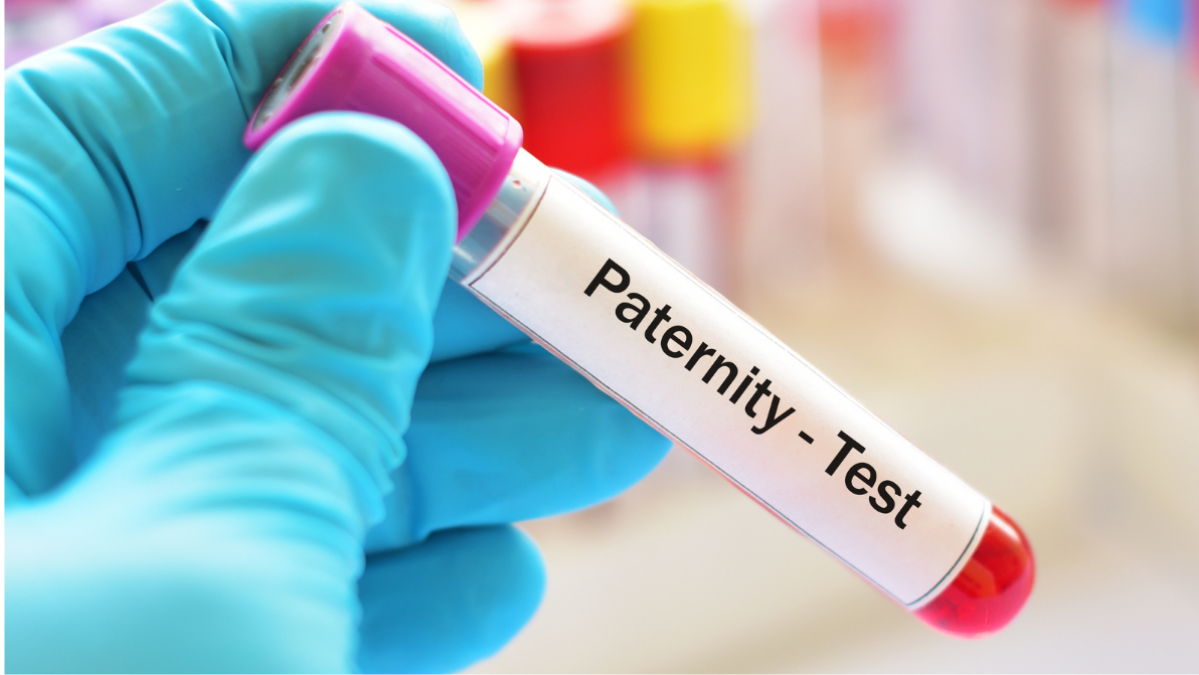 The term ‘parent’ can mean different things depending on the area of law. Under educational law, a parent must be a biological parent. On the other hand, under healthcare law, a parent is anyone with parental responsibility, regardless of biological link with the child. While it is easy to identify a child’s mother, this is not always the case for the father. Only scientific testing can confirm paternity.

In most stable relationships, paternity is rarely at issue. However, it has been estimated that between 5% and 20% of children have the wrong man identified as their father. In some cases, the real father’s identity has not been disclosed by the mother, despite her knowing his identity or at least having a strong idea. In other cases, the mother may genuinely not know who the father if she has had several partners.

Who wants a test, and why?

A common situation is one where the mother has had a number of sexual partners and the father has genuine doubts that the baby may be his. His views may be influenced by impending requests for child maintenance contributions. This often occurs when the parents are not living together, possibly even following a ‘one night stand’. In other cases, the father wants to be part of the child’s life because he is adamant that the child is his, whereas the mother claims it is another man’s child simply to get him out of her life.

Sometimes doubts over paternity, doubts that have never been suggested previously, will be triggered by other events. For example, when a couple separates on bad terms, the mother could try and claim that the child is not the father’s. The mother will know whether or not this is true, but the father won’t.  Even if these claims are unfounded, they may sow seeds of doubt that cannot be ignored. It is also common for doubts over paternity to be triggered by a contact application some considerable time after separation despite contact with, and financial support for, the child over several years.

Given that child support contributions amount to 15% of your disposable income - as well as additional expenses of maintaining a face-to-face relationship with a child - many men want to be sure they are the child’s father before investing their money and emotions into a child that might not be theirs.

Those reading this page will come to it with their own perspectives. It may often feel impossible for a  biological father to give way to another man who has become ‘his’ child’s parent emotionally, someone whom his child loves and trusts and may regard as his or her father. However, without DNA testing, a father can never truly guarantee he is more than just a psychological parent to ‘his’ child.

Impact on child of knowing their father's identity

Establishing a child’s biological origin is recognised by psychologists (and judges) as highly important for a child’s sense of identity. However, before anyone pursues this route, they should fully consider the ramifications for everybody concerned, particularly for the child, of both a positive and a negative result.  You may be able to handle it, but there may be a whole range of people affected – siblings too.  The truth as to biological parentage may be comforting but on the other hand, could be devastating.   You may wish to arrange for counselling either before or after the test.

DNA tests can be undertaken using home testing kits which are posted out to you and returned direct to the company for laboratory analysis, or alternatively, by having samples taken by a doctor who posts them to the laboratory.  Having returned the samples, the results are usually ready within a week.

Paternity tests which are required to stand as evidence in court will have to be carried out following specific court directions, which will name a specific accredited company to carry out the tests and to provide a report.  Samples will be taken by healthcare professionals who will send them to the testing company.

The ‘unofficial’ (non-court-directed) tests, even with samples taken by doctors, will be cheaper but do not stand as evidence unless the court agrees to allow them. This is likely to become a more difficult route since the Ministry of Justice (MOJ) has reduced the number of accredited bodies able to carry out court-directed tests for paternity in July 2010.

Some of these accredited companies provide for both court-ordered tests and home paternity tests.  At least one offers home tests with samples taken just from the alleged father and child – with no DNA sample provided by the mother.  You will need the written authority of any adult whose samples you provide for DNA testing, since it is a criminal offence to take such a sample without consent.  Only those who have parental responsibility for the child are able to give permission for the child’s DNA to be used in the test (Human Tissue Act 2004 s2(3)).

Each company accredited by the MOJ has its own website where further information on paternity testing is available including the cost – typically £150 for a home test and £400 for a court-ordered one.

Although the public would most likely empathise with a ‘potential father’ carrying out a DNA test to ascertain a biological link with ‘his’ child, the courts may not take the same view.  You may be regarded by the judge as having acted in an underhand and selfish way if you have gone behind the mother’s back.  And, if you don’t have parental responsibility for the child, you may be threatened with a criminal charge.

The Legal Presumption of Paternity

Until officially declared otherwise, a man is deemed to be a child’s legal father if he is married to the mother at the time of the child’s birth, or if his name is registered on the child’s birth certificate.  Additionally, for Child Support Agency (CSA) purposes, if the mother has named a man as father but he has disputed paternity, the CSA is allowed to presume that he is the father if he chose not to provide DNA samples to prove his contention.

Disputed Paternity and the CSA

Even if a man disputes paternity, if he has been named by the mother as the father of her child, he will have to pay child maintenance until DNA tests prove otherwise.  The alleged father will initially have to pay for a DNA test (arranged by the CSA) and continue to pay maintenance, all of which will be refunded if the paternity test comes back negative.  The ‘parents’ can arrange for a private test themselves (possibly more costly), from the court-approved list of companies, but in many instances a lack of trust and co-operation will mean that this may be difficult.  The CSA’s Frequently Asked Questions on Disputed Parentage gives further information.

In 2007/8 almost one in five paternity claims handled by the CSA ended up showing the woman had deliberately or inadvertently misidentified the father.   Without a challenge these 661 children would have grown up believing the wrong man to have been their ‘dad’ and these 661 men, over the child’s lifetime, would have paid perhaps £50 million pounds in child support and stood the chance of impoverishing their real families and subjecting them to unnecessary emotional strains.  Of course, it is certain that in 2007/8 there will have been many more ‘fathers’ (besides the 661) who simply paid the CSA and who didn’t query whether this child was really theirs.  Over the years the percentage of negative results from CSA challenges has been rising steadily (from 10.6% in 2004/5 to the current 19%).

The Legal Basis for Paternity Testing

The various pieces of key legislation involved are:

Please click here to view the relevant sections of these statues

Anyone with a “sufficient personal interest” can apply for a declaration of parentage [FLA 1986 s55A] but the application must be made as part of / alongside / during existing proceedings, not as an isolated ‘freestanding’ application.  The CSA can also apply (s27 Child Support Act 1991).

The court then may, under FLRA 1969 S20, issue a direction that DNA tests to determine parentage are carried out.  There is a distinction between making of a ‘direction’ and making of an ‘order’ under s20 since the court cannot order the taking of samples against a person’s consent (s21).   The consent of a child under 16 years old is not required, only the consent of the person having ‘care and control’ of him.  If that person does not consent then the court may arrange for the sample to be taken if it considers to do so would be in the child’s best interests (s21(3)(b).  The terminology ‘care and control’ relates to pre-Children Act 1989 days and essentially equates to ‘residence’, referring to the parent/person with whom the child lives.

It is generally accepted within the family justice system that, unless there are exceptional circumstances, it is always best that a child’s true identity is made known and the sooner this is established, the less potential there will be for damaging emotional trauma.

This article is kindly provided by Families Need Fathers (FNF).  FNF is a charity concerned with the problems of maintaining a child's relationship with both parents during and after family breakdown. They offer information, advice and support services for parents.