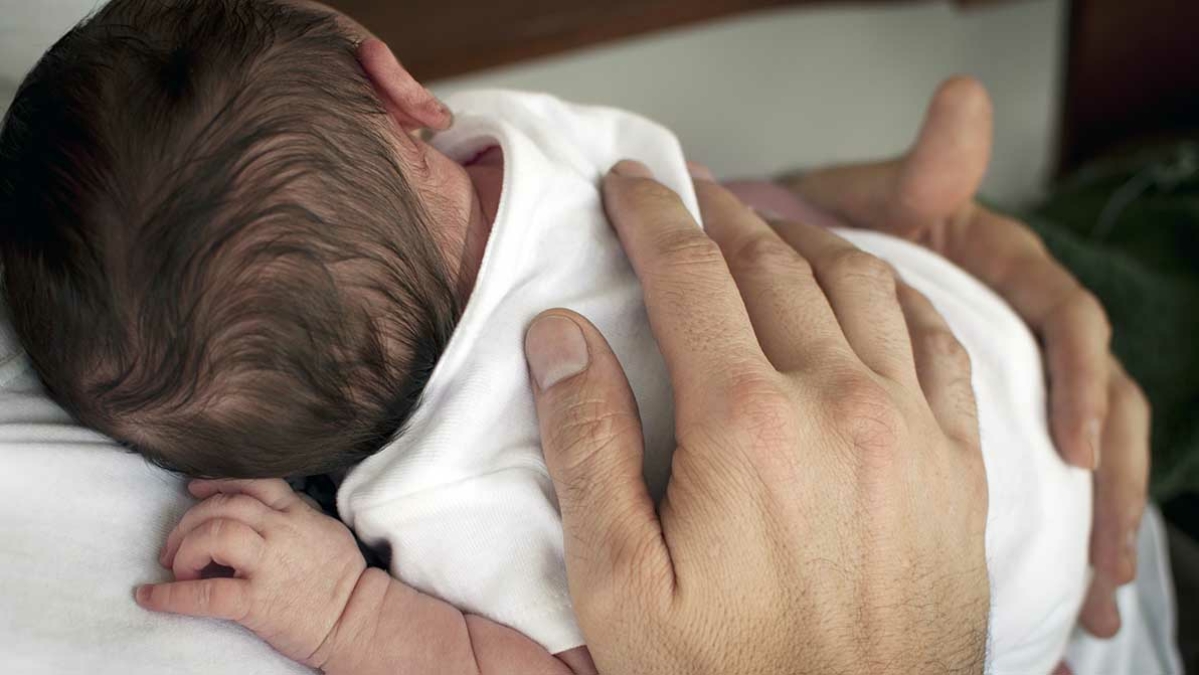 Post natal depression doesn’t just affect mums. According to a series of recent books on fatherhood, it seems that fathers don't always experience the instantaneous love for their newborn child that we are so frequently (and wrongly) told that mothers do. While I can't comment for every man out there, I can say that, personally, bonding with my daughter was one of the harder things I've had to do in adult life.

I simply had no idea how to prepare for such a monumental upheaval. Unlike my wife, I never quite felt the same sudden urge she did to start a family. I say sudden because, in the decade I'd known her, she had always told me she would never want children. But then, by her mid-30s, she began to experience what she could only describe as an increasingly overwhelming and biological need to have them. I rather went along with the whole thing hoping that, emotionally, I would catch up with her (I did, though later rather than sooner).

But all this shouldn't be so surprising, I think. How was I supposed to feel something positive for a new person who, just moments before she arrived into the world, had been causing all manner of pain to a woman I was mostly still quite fond of? My daughter emerged after the kind of labour that really did warrant the description "hard", if only because it went on so long. And when she was finally presented to me by one of the midwives, I was confronted by a complete stranger, and a demanding one at that. She wanted only one thing after birth, and it wasn't me. A newborn will never need its father as much as it does its mother, and all for good and obvious reasons. But this can make a man suddenly feel like a spare wheel, and he can even become a little resentful, if only because after a baby comes along the balance of power at home is promptly shattered. And who could get used to something like that overnight?

Post-natal depression affects as many as 1 in 14 men. But in a society where post-natal depression in women has only recently been accepted, there’s little research into it or acknowledgement of its existence. “Fatherhood depression is an underresearched area,” says Professor Lorraine Sherr, Head of Health and Psychology at London’s Royal Free Hospital. “It isn’t that fathers don’t want to engage on the subject, just that people haven’t really bothered targeting them.” Will Courtenay, a psychotherapist and founder of PostpartumMen.com, a site for men experiencing postpartum depression, said recently that, "[Some men] can't stand to be around their baby, they can't stand the smell or the sound of their child screaming."

He went on to suggest that shifting male hormones may play a role (men's testosterone levels drop by almost 50 percent immediately after the birth of a child, effectively making us half the man we used to be), but a perhaps more significant factor is whether or not their partners themselves are depressed: "Half of all men whose partners have postpartum depression are depressed themselves," he said. Michael Lewis, author of the book Home Game: An Accidental Guide to Fatherhood, recently admitted that a month after his daughter was born, “I would have felt only an obligatory sadness had she been rolled over by a truck. Six months later, I'd have thrown myself in front of a truck to save her from harm. What transformed me from a monster into a father? I do not know.”

As for myself, I became aware of a low level kind of depression that haunted me for a few weeks after the birth, the longest of my life. I was immediately relegated to a bit part in my wife's life when I'd previously been leading man, and while mother and baby bonded, I reeled around the house wondering quite what my new role entailed. I felt shut-out and helpless, confused, and with no idea what to do next. The baby had turned our universe upside down, and I struggled to find a toehold. But crucially for me, my wife was adamant that we go through this as much together as possible, and that I be every bit as hands-on as her - because if I didn't, how else was I to bond with my daughter? She was right. I found that the more I attended to all the crying, the nappies, the vomiting, the freak illnesses that departed as quickly as they had arrived (and often in the middle of the night), the more I felt a connection form. In other words, I began to get to know this little girl, and found I rather liked her.

The real turning point, though, came a few months in when I began to think that perhaps she liked me, too. Being on the receiving end of what appeared to be a very deliberate smile prompted something inside me to open up, and all those previously bottled up feelings to come out in an excitable rush, and I felt myself perhaps belatedly capable of fatherhood at last. What a relief - because before then, if I'm honest, it had often felt as if I could have gone either way.

The NHS has lots of advice on postnatal depression

MIND has comprehensive advice on perinatal and postnatal depression and psychosis

This article was written by Nick Duerden, writer and journalist

It may help to chat to other parents on our forums to find out how they are dealing with this issue within their family life. You can also talk to us via our live chat service, email us at askus@familylives.org.uk or call us on our helpline on 0808 800 2222 to speak to trained family support worker.