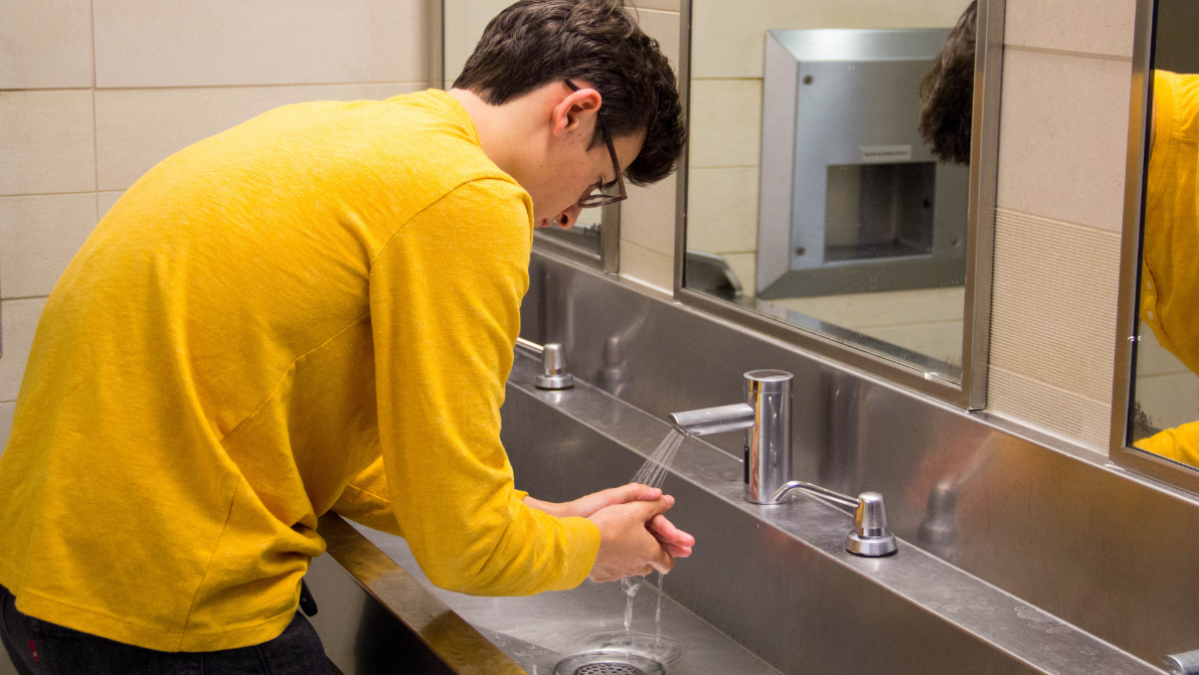 It’s normal for children to become so focused on certain things that they almost seem obsessed with them. Maybe they like to spend time lining their possessions up a certain way, or twist or chew their hair. Some habits are a natural, healthy part of growing up, but if they start to interfere with a child’s life or cause them distress or harm, they can be classed as compulsive.

Parents will generally be able to tell the difference between something that’s a natural part of growing up, and something that might need closer attention,” says Sandra Hiller of Family Lives. “For example, children tend to be fascinated by scabs and will often dislodge them to see if they bleed. That’s different to picking at skin until it’s sore just to create a scab.” In the same way, knuckle-cracking and nail-biting won’t cause any harm unless done to extremes.

Hair-pulling seems harmless enough unless it’s done so vigorously that clumps of hair are pulled out of the scalp. Children who regularly chew their hair may, in rare cases, need surgery to remove hair balls. Some children’s habits represent a comforting routine – like kissing all their favourite toys before bedtime. Yet if these goodnight rituals start to take longer and longer, or must be repeated over and over, it could be more of a concern. Some children become squeamish about dirt and germs from about four years old. While hand hygiene is a positive habit to encourage, needing to hand wash before or after touching anything, or repeatedly doing so until the skin is raw, is not. Compulsive habits can occur at any age. They reflect a change in your child’s life that confuses or scares them and makes them want to regain control. Examples include:

Many adults respond to stress in a similar way. “Obsessive thoughts and compulsions to do things are a normal response to anxiety,” says Sue Twort, counsellor with a child therapy centre. “Think about how you feel just before you go on holiday, for example. If your head’s full of things you must remember you may start to doubt that you’ve locked the bathroom window or turned off the cooker. So you’ll have the urge to go back and check. It’s normal for stressed-out children to feel like that, too.” Some children might deal with anxiety by regressing to earlier habits. “If they stopped sucking their thumb, say, at two or three, then restarted at six or seven, they might be trying to recapture the feeling of security they had as babies,” says Sandra.

“If your child has a compulsive habit, try to notice the trigger,” says Sandra.“Do they pull their hair when you leave them on their own to watch TV? Do they even realise they’re doing it? Perhaps they’re anxious they’re not getting enough attention? Aim to retrain their brain by refocusing them on something different – play a game with them or ask questions about what they’re watching instead.”

If your child has compulsive habits that none of their friends have, don’t assume there’s a problem. “It’s about you as a parent knowing your child, rather than 'one size fits all,'” says Sue. “A better clue to what’s going on is whether your child is distressed about the situation, and how happy they seem to be generally.” If you’re in doubt, it’s best to see your GP.

“Obsessive compulsive disorder, or OCD, is extremely rare before the age of seven, but when a child’s compulsive habit starts to interfere with their ability to grow and learn, it’s worth investigating,’ says Dirk Flower, consultant child psychologist and member of the British Psychological Society. Compulsive habits can also be linked to other conditions. “Often a parent will call our free helpline to discuss their child’s autism or ADHD, for example, and mention their repetitive behaviours too,” notes Sandra.

Young Minds have comprehensive advice that can help families

No Panic helps and supports those living with Panic Attacks, Phobias, Obsessive Compulsive Disorders and other related anxiety disorders