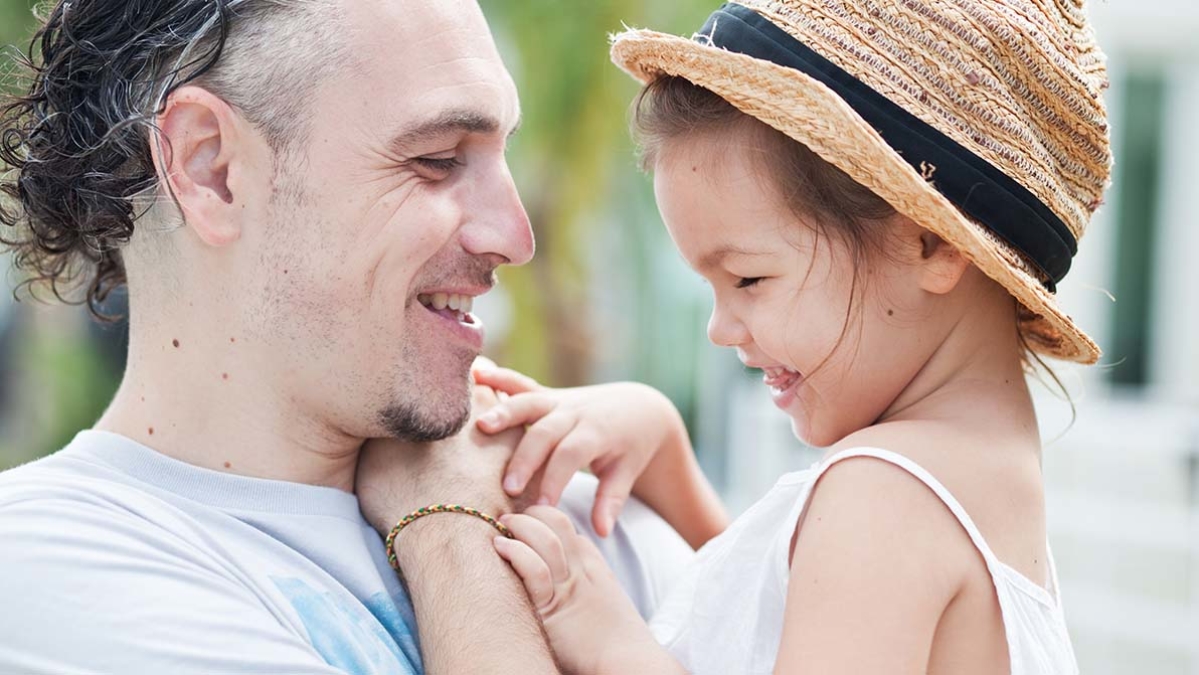 Early on in our experiences as parents, my wife and I quickly came to inhabit very specific, and separate, roles. She soon asserted herself as the strict and sensible one, while I was the more laid-back, the one far more inclined to clown around. The first real sentence my daughter had any command over was, "Silly Daddy", which I like to think she meant as a compliment (though I could of course be wrong...)

Anyway, I still pretty much inhabit that role today with both my daughters, Amaya, almost four now, and Evie, 18 months. When I am alone in looking after the both of them, our days take on a more relaxed tone than they would if there were two parents around. There is less structure to our single-parent days. It's almost as if, with teacher out of the room, we get to play.

Frequently, for example, I forget to brush their hair in the morning (though not, mercifully, their teeth), and I'm no good at ponytails at all. We snack more than we lunch (but healthily, at least, with things that have the word ORGANIC printed in the list of ingredients), and we spend perhaps a little too long in front of CBeebies. When my wife is alone with the children, they tend to be much more proactive: baking cakes, buying clothes, tidying up. We do none of that.

Take last week, when my wife went back to her native Spain to visit friends, leaving me with the kids for 48 hours. She ensured that the fridge was fully stocked, and that clean clothes were neatly lined out in their cupboard, and because she couldn't help herself, she spent much of the evening before she left giving me a verbal To Do list, a list that, when I put it to the girls the following morning, was barely worth the paper it wasn't written on.

"Can we watch television instead?" Amaya said. "And can I have another cheese stick?"
When we eventually did dress and leave the house, it was to amble. Much of Saturday afternoon was spent around the playground and the duck pond, the cafй and the ice cream van, while on Sunday we accepted a last-minute invitation for what turned out to be a very ad hoc picnic in the park with Amaya's friend Sally, and Sally's father Jeff. I’d neglected to bring anything more filling for the picnic than fruit bars, and Jeff wasn't much more prepared himself: we lunched on salt and vinegar crisps and grapes, and afterwards on Flake 99s.

While he and I talked on long into the afternoon, the children played in the park's sprawling playground, where they quickly commandeered the sandpit until the sun went down, the temperature dropped and, belatedly checking our watches, we realised with a start that dinnertime had come and gone and that bedtime was already upon us. That night my children had nothing more nutritious than a bowl of Cheerios. For the record, neither of them complained. Parents always do bring very different qualities to their roles.

I've been told this by child psychologists, and told also that these roles are of equal importance to our kids. This is a relief to learn, because I certainly don't flout my wife's “rules” for the sake of it; it just kind of happens. When they are with me alone, my children remain perfectly safe and healthy and happy; when we are all together, they are all of these things but also have beautifully combed and ponytailed hair. It feels like a healthy setup, this, and I hope it continues to be.

Between us, our different approaches will make our offspring well-rounded individuals, both sensible and fun, disciplined and independent. Well, that at least is the intention. Come back to me in a decade, and I'll tell you if it’s worked.