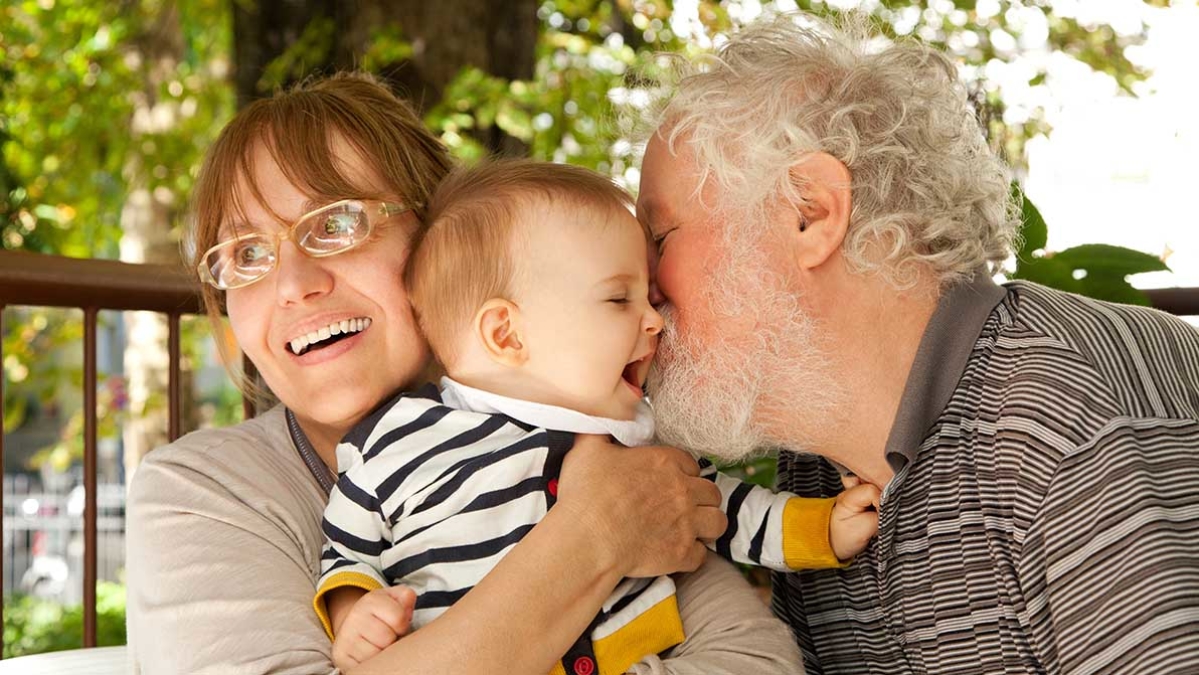 Adoption is a way of providing a child or children who cannot be raised by their own parents with a new family. Adoption is a legal procedure which transferrs the parental responsibility for the child to the adoptive parents. An adoption cannot be reversed once the adoption order has been granted, except in very rare circumstances. A child who is adopted no longer retains any legal ties with their birth mother and father, and become full members of the new family and usually change their surname to that of their adoptive parents.

What is the difference between adoption and fostering?

Fosterering a child is usually a temporary arrangement, read more about fostering. The responsibility for the child in foster care is shared between the carers, the local authority and the child's parents. Sometimes fostering is a long term plan, often referred to as 'permanent fostering' doesn't provide the child with the same legal security as adoption does, for either the child or the fostering family, but it can be the right solution for some children.

Who are the children who need to be adopted?

In the UK there are around 6,000 children who need to be adopted every year. Many of these children are of school age and over 50% of them are brothers and sisters who would need to be placed together. These children come from a wide variety of different religious and ethnic backgrounds.

Among those needing to be adopted are disabled children and some whose future development remains uncertain. Some children will have experienced abuse and or been neglected and all of them will have experienced moving around and uncertainty which may mean that their behaviour can be challenging. Read more about the effect of neglect on children on the NSPCC's website.

Rules on adoption - who can adopt?

How do you apply to adopt?

How do you get approved to adopt?

In England and Wales there is now a two-stage adoption process which takes about six months to complete. In Northern Ireland, Wales and Scotland the same prosesses take places but are not as rigidly divided as they are in England.

It usually takes at least six months for social workers from an adoption agency to get to know prospective adopters, assess them and help prepare them for the task ahead. Confidential enquiries will be made of the local social services or social work department and the police. Applicants will be examined by their GP and will be asked to provide personal references from at least two friends.

The agency's independent adoption panel will consider a report on the application and recommend whether or not applicants should be approved as adopters who will be given the opportunity to meet the panel. You can read more about assessment and adoption panels in past issues of Be My Parent News & Features.

What if you don't get approved to adopt?

In England and Wales, if an agency is planning not to approve the prospective adopters, the applicants can make representations to the agency asking them to review their determination. In England, as an alternative, applicants can request that an independent body (Independent Review Mechanism) undertake this review and make a recommendation to the agency. In Wales there is the IRM Wales.

In Scotland prospective adopters can also ask for a review - and a number of the agencies have established robust procedures for doing this. For advice on this please contact BAAF's Scottish office.

How are approved adopters matched with a child?

After prospective adopters are approved, their agency will try and match them with a child. They can also enquire about children being profiled in Be My Parent and other family-finding publications, like Adoption Today and The Scottish Resource Network newspaper or in local media.

In England and Wales, agencies also refer prospective adopters to the Adoption Register for England and Wales which links waiting children with waiting approved adopters. The proposed match will be presented to an adoption panel who will recommend whether to proceed with the placement.

What happens when the child moves in?

The child will move to live with their new parent/s after a planned period of introductions, which lasts a few weeks or a month or two, depending on the child's needs. Social workers will remain involved to support the new family and the child at least until an adoption order is made.

How is adoption made legal?

A birth mother cannot give consent to adoption until her child is at least six weeks old. Where birth parents do not agree, there is a process for the agreement to be independently witnessed. The detailed process varies according to the legislation of the particular country in the UK.

If birth parents do not agree to adoption, there are circumstances in which the court can override their wishes. Again the detailed process will depend on which country is involved. In many cases the question of consent will be considered by the court before the child is placed for adoption. A children’s guardian (England and Wales) or a curator ad litem (Scotland) or a Guardian ad litem (Northern Ireland) will be appointed by the court to investigate and give advice to the court on the child’s best interests. In some circumstances, it will be necessary for the question of consent to be considered when the adopters actually apply for the final adoption order.

Should children be told that they are adopted?

Yes. Children should be raised knowing they were adopted. Adoptive parents should give appropriate information to the child from the time the child is little and as they grow up. Talking about origins provides much more information.

Adopted children identify with their adopted family but also have their own identity as an adopted child. Some children may need to ask questions to understand what has happened in their life, especially if their adoption brings them into a new culture or environment. This can be the same whether the child is adopted at birth or as an older child. As adoptive parents you can positively influence how your child feels about their identity. Find out as much as you can about your child's background, or culture, and encourage them to talk openly about this part of who they are. Confusion or questions about who we are come up for most of us at some time in our lives. Appreciating your child's identity and positively tackling issues as they come up will help your child understand that they should acknowledge and be proud of who they are.

Do birth parents and other relatives have any contact with their child after adoption?

It is common for there to be an exchange of written information, perhaps once or twice a year, via the adoption agency. There will be unique arrangements for each individual child which may mean direct contact for some children with various members of their birth family, including grandparents and brothers and sisters who may be placed elsewhere. Sometimes there will also be contact with birth parents - if this is best for the child.

Do adopted children want to trace their birth parents?

Most adopted children are curious about their origins, but this doesn't mean that they don't love their adoptive parents. Since 1975 adopted people in England, Wales and Northern Ireland have had the right to see their original birth certificate when they reach the age of 18 (in Scotland the age is 16 and this right has existed since legal adoption was first introduced).

Some people are satisfied with the fuller knowledge and understanding gained in this way, while others want to try to trace their birth parents or other family members. For more information, advice about searching and your feelings about this see our advice note Talking about origins or visit the Adoption Search Reunion website.

What about adopting from abroad?

Often people hear about the distress of children in other countries and want to offer to adopt one of them. But children's best interests are not necessarily served by being adopted away from their own countries, their culture and their extended family.

You can adopt a child from overseas if:

What about adoption by step-parents?

My child has been or is going to be adopted. Where can I get help?

Even when parents consider that adoption is the right thing to do for the child and themselves, even though they know it will be a very hard thing to do, it is essential to talk through the alternatives with a trusted friend or relative and also to seek professional advice from CoramBAAF. The Family Rights Group provides advice and support for families whose children are involved with social services.

I am an adoptive parent. Can you advise me where to get support?

Adoption UK was founded by adoptive parents to offer support, information, advice and encouragement to prospective and established adopters. Call the Helpline on 0844 848 7900 10am to 4pm (answerphone at other times) for more information.

CASA is another option. It is a group of independent Adoption Support Agencies (ASAs) who are registered under the Adoption and Children Act 2002. They provide support services to all parties affected by adoption or long-term fostering throughout the UK.