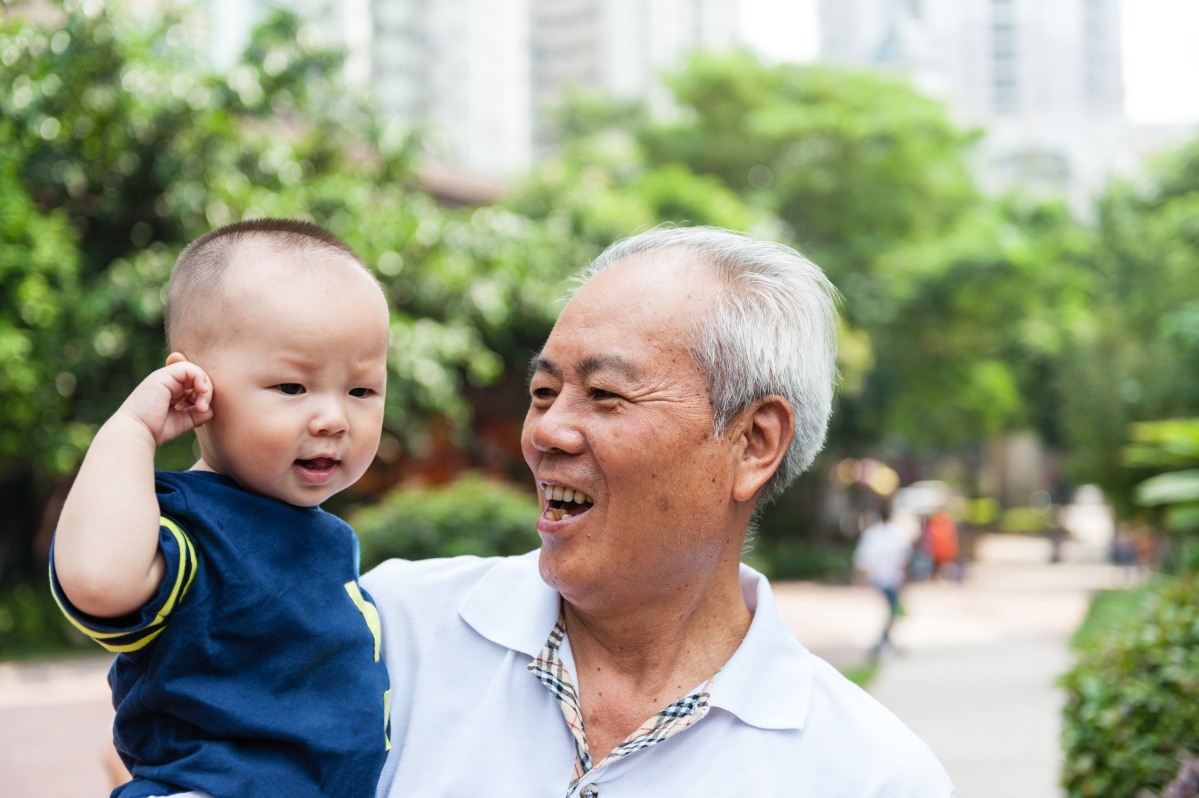 'Hello grandad!' Two year old Ellie threads her way through the group of elderly people at the day centre, and climbs onto the lap of one man. Her grandad is not able to remember her name, but there can be no doubt that the relationship is strong.

There are estimated to be about 820,000 people with dementia in this country, and it has been defined by the government as a national priority. As almost all of those affected are older people, most of them will be grandparents and perhaps great grandparents.

The relationship between grandparent and grandchild

If a grandparent’s relationship with a grandchild is so often based around sharing memories, what happens when those memories fail? And, how might a child feel when a respected adult jumbles their words, tells the same story over and over again, or does not know how to do even the simplest things? Or worse, how do you deal with a situation where a grandparent shows confusing and frightening emotions, such as aggression, suspicion, and unexplained sadness?

Surprisingly, contact with grandchildren is not addressed in the National Dementia Strategy, which was launched by the government in February 2009 after wide consultation. That is why I have planned my own enquiry. In order to produce this account, I have met with several professionals who were working with people who have dementia, and also met with two families to find out about their experiences.

Those running care homes or working with people who have dementia have common observations. They say that many children take their confused grandparents at face value, and, unlike their parents, they are not full of concerns about why the person has dementia, or what will happen in the future. Both for the young child and for the grandparent, it is the current moment that is what matters. When an older person’s face brightens at the arrival of visitors, or enjoys the physical comfort of another person who loves them, there is little room for questions like ‘What’s the point if she doesn’t recognise me?’ Many families will say they visit ‘just because we love grandma.’

Other families, by contrast, appear uncomfortable with visiting. Sometimes, a relative (often an adult grandchild) may travel hundreds of miles to bring things their elderly relative may need, but then does not wish to see him or her. They will avoid bringing their own children. They may be anxious about how their child will react to a grandparent’s poor social skills, such as blowing her nose on her hand.

Teenagers may decide to stop visiting when they are no longer brought by their parents: ‘If only they realised what a difference it makes, they would want to come more’ one of the care workers told me. Yet there is so much that can be done to help grandchildren, whatever their age, to understand what is happening with their grandparent and to retain their love for this precious person in their life.

The most helpful way I have found of thinking about dementia and the family is advice from Professor John Swinton, at Aberdeen University. He sees identity and memory as corporate - belonging to the whole family rather than just to an individual. From this position, we can remember for each other, and hold memories for each other. It is the relationship, not the individual’s capacity to understand, that is fundamental. Professor Swinton calls this relational reality.

When I talked with the staff in the care home about one elderly resident who had dementia, they observed that her daughter and her grandchildren seemed barely to consider her level of understanding: ‘They are just so loving. They idolise her. Her daughter is like it, and so her children are just the same.’ And, of course, this elderly lady always responded to the visits.

Perhaps families would be well advised to relax, to worry less about the future, and to allow the relationship to exist on another plane. The grandchildren and great grandchildren will be learning important things about family life.

Many family relationships, of course, are more mixed, and some are plain difficult. This will have been the case long before the onset of the dementia. In these situations, any ‘reasonableness’ which may have masked relationship problems, will no longer be possible to maintain. The normally gentle and vacant eyes of a grandparent may flash with anger as the memory of an incident from many years ago is triggered. Old hurts, resentment and guilt will lie exposed. With patience and gentleness, they can also be healed.