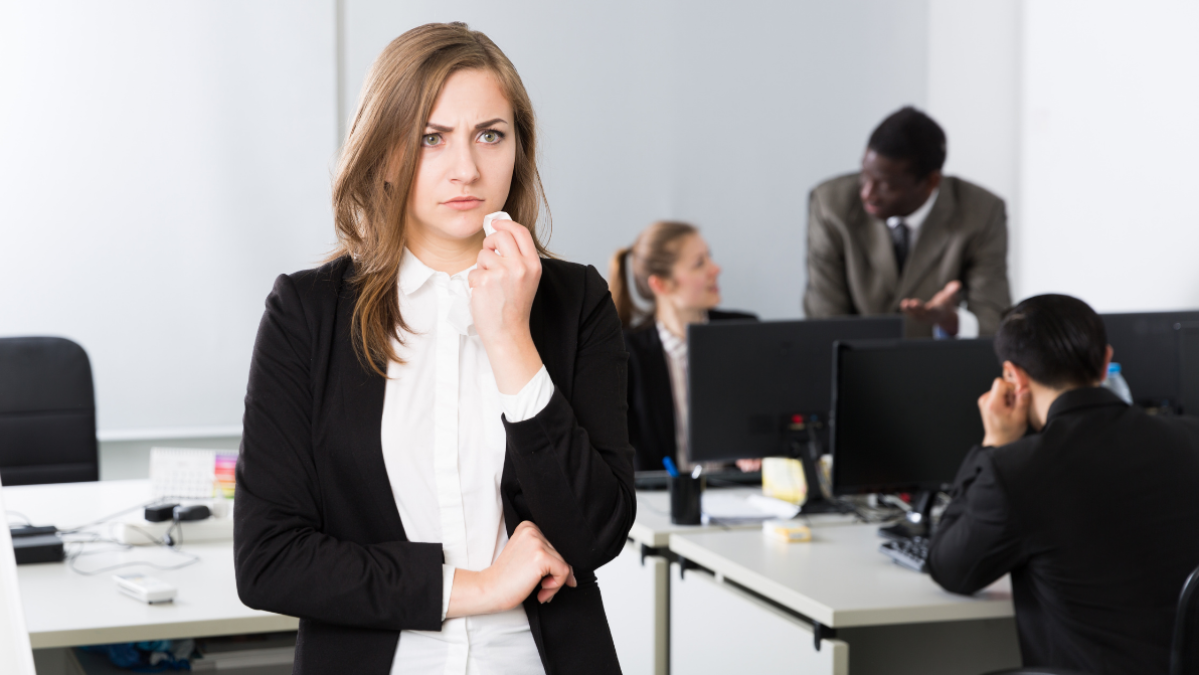 "Serial Bully" is a term to describe a bully who will bully someone at work, and when they leave, they will direct their negative behaviour towards someone else and so on. This is a person, who mistreats one person after another.

This person can behave appropriately when blended in with other team members. Rather than using obvious methods of bullying, they may do it in a way that is harder for onlookers to recognise such as abusing the authority that comes with their job, emotional blackmail, malicious gossip and one-on-one confrontations when there are no witnesses.

The serial bully likely feels threatened by colleagues with competence, integrity and popularity. Soon enough, they may pick someone out and project onto them their own inadequacy and incompetence. Using unwarranted criticism and threats, he or she controls them and subjugates them, without a thought for the contribution they make to the organisation. When the bully can see the person they are targeting are close to complaining about them or expose the misconduct, they might neutralise the target by isolating them and destroying their credibility and reputation among managers and peers, and then putting them out of the picture through dismissal, forced resignation or even early retirement. Once the target has gone, within about two weeks, the bully's focus turns to someone else and the cycle starts again.

Faced with the above, some businesses would strive to establish the cause and deal with it, to prevent any recurrence. For organisations where this is normal, but thought to be symptomatic of weak, awkward employees rather than dysfunctional management, bullying is likely to be an institutional problem. Such employers are likely to be reluctant to acknowledge even the possibility that bullying is an issue, doing what they can to conceal it, including by attributing responsibility for employees' predicaments to the employees themselves.

Business owners and shareholders should note that a culture of bullying is likely to be hiding far more damage to their business than just occasionally destroying the health and careers of competent staff members.

Making excuses for their behaviour

The sort of bullies we are describing are charlatans who use clever words and actions to get into a position where they are trusted. People do not want to believe they are being exploited and so they tend to make up excuses for and put up with the bully. Bullies exploit this vulnerability, again with convincing explanations and by manipulating people's perceptions, to remain in a position where they are free to continue without any real prospect of being held accountable for their actions. Often, because they come out of disputes as "winners", their chances of getting away with future exploitation is increased.

Serial bullying at work is unlikely to lead to disciplinary proceedings because their most common offences may be shrouded in doubt. They can explain away just about anything, and frequently blames others and distracts attention from the real issues. Finding someone with the courage and integrity to investigate impartially is even harder.

When called to account for their actions, serial bullies instinctively respond with denial, retaliation and by feigning victimhood.

Denial - Bullies instinctively deny any allegation made. Sometimes the denial is direct and robust, and sometimes it involves avoiding discussion of the matter that has been raised, never giving a straight answer, deliberately missing the point and creating distractions and diversions. The best thing to do is to keep accurate notes of the response to their allegation, since a serial bully can probably out-talk anyone who argues with them.

Corporate denial - Denial is not the sole preserve of the serial bully. There might always be people around who are prepared to share in the denial, either out of pure ignorance, desire for self-preservation or for reputation. Bullies rely on this denial by others and the likelihood that any report of abuse will probably not be believed.

Retaliation - Also known as "counter-attack". Denial is followed with firm criticism of the target, including counter-allegations based on distortion or fabrication. Lying, deception, duplicity, hypocrisy and blame are the hallmarks of this stage. Retaliation is an extension of straight denial, primarily meant to divert attention away from the bully and onto the target. If you are experiencing this, deal with this by not responding to the substance of the counter-allegations, but the fact of them. Respond to the intent, not the content. Targets should ideally endeavour not to engage with, explain, justify or defend counter-allegations, but instead should respond by pointing out that the retaliation is a continuation of the bullying, and insist that the retaliation is added to the original complaint.

Feigning victimhood - This is the third stage which may occur even if denial and counter-attack were sufficient on their own. The bully feigns victimhood by manipulating people through their emotions, especially guilt. Feigned victimhood can include bursting into tears,  indignation, pretending to be "devastated" or "deeply offended", being histrionic, playing the martyr and generally trying to make others feel sorry for them - a "poor-me" melodrama. As with denial and retaliation, feigning victimhood allows the bully to avoid answering the question and thus avoid accepting responsibility for what they have said or done.

Mediation, arbitration and negotiation are always far more desirable than an adversarial approach to resolving disputes, but are completely inappropriate if the dispute is with a serial bully. Serial bullies regard any attempt at a conciliation as appeasement, which they ruthlessly exploit. It gives them the opportunity to appear that they are negotiating and being conciliatory, but they continue the bullying, sometimes more secretively at first.

How they project themselves to others

Charismatic, charming serial bullies are often capable of anticipating what people want to hear, and then saying it. By applying this skill, they convince others to follow and support them. They often portray themselves and are talked about by their disciples as clever, successful, important, wonderful, kind, caring and compassionate people.

Although they usually have little concept of empathy, they may use charm and mimicry to compensate. However, their attempts at empathy are superficial, amateur, often inappropriately timed or over the top. Rather than being motivated by genuine concern, such attempts are to make the bully look good in front of witnesses.

Bullies are not exclusively mean, but they are selective about it, being mean, officious and inappropriately inflexible some of the time, but generous, relaxed and very accommodating at other times. They motivate some people with the prospect of reward, and others by manipulating their fear, anger and guilt.

Serial bullies are frequently self-opinionated and display arrogance, audacity, a superior sense of entitlement, and appear to have a sense of invulnerability and untouchability. They take risks that others would regard as foolhardy. They can have an unhealthy need to feel recognised and wanted, which draws them to positions of power, which they then go on to abuse.

Serial bullies survive and bully people by managing others' attitudes and allegiances, by indoctrination to an extent, but mainly by manipulating emotions. This is achieved by being untruthful and drawing people into believing their fabricated version of reality which, in its most basic form, is achieved by:

In trying to be popular, serial bullies like to be perceived as having a superior intelligence. However, by trying too hard, they can appear intellectually dysfunctional. They often miss the semantic meaning of language, misinterpret what is said, sometimes wrongly thinking that comments of a satirical, ironic or general negative nature apply to him or herself.

Serial bullies may appear to have the language and intellect of an adult, but at the same time may lack emotional maturity. They may have a tendency to act impulsively and randomly, but most of all, recklessly. They are often unable to sustain a mature adult conversation, although given the charm and plausibility, you might only realise this in retrospect. The bully may be unable to maintain confidentiality, but breaches it with misrepresentation, distortion and fabrication. Work bullies may avoid face-to-face contact with their target and rely excessively or exclusively on memos, emails, text messages, yellow sticky notes, third parties and other strategies to communicate.

Some bullies might use inappropriate and hostile body language, such as inappropriate eye contact, either too little or too much. Some bullies display ill-advised interpersonal behaviour, invasion of personal space, gestures or comments including inappropriate innuendo.

One of the most notable characteristics of a serial bully is that they feel no remorse and appear to have no conscience. They see nothing wrong with their behaviour and are oblivious to the difference between how they want to be seen and how they really are seen by others.

Another trait that illustrates the lack of conscience, is that serial bullies are often well-practised and convincing liars who will most likely make up anything spontaneously to fit their needs at that moment, especially when asked to account for their actions. Serial bullies excel at deception and should never be underestimated in their capacity to deceive.

We are here for you

This content was developed by The Tim Field Foundation, based on the work of the late Dr Tim Field.