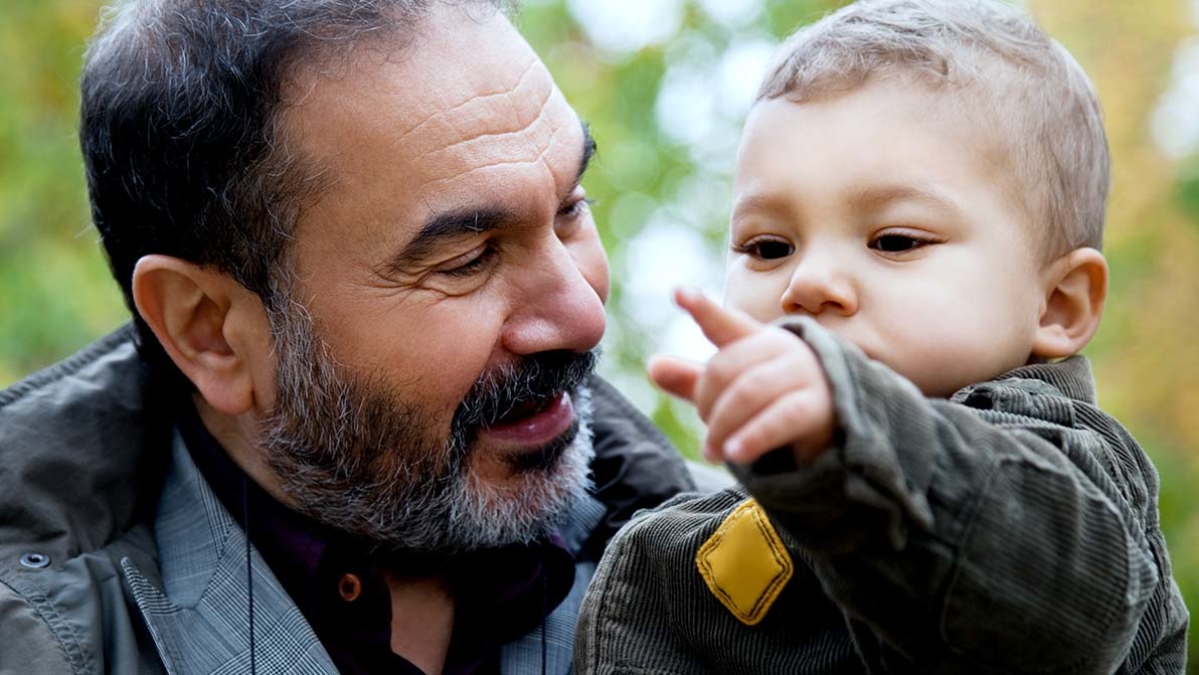 'I have just spoken to yet another grandparent who is looking after a toddler whilst his mum and dad go to work. She is tired, slightly stressed, out of pocket, but more than anything feeling put upon and undervalued, but she doesn’t want to say anything and cause an argument. They collect the child any time within a three hour band, expect him to be fed if the time is ticking on, and washed and ready for bed if it’s after 7pm when they finally collect him.

They took her on holiday, and she thought it was a "thank you trip" as recognition of her work. But no, it was so they could go out every evening whilst on holiday and she would babysit. Not once did they ask her if she would like to go out. I know what my response would have been, I would have been down that disco, (are they still called discos?) on principle, even if I put my back out!

When you need a break

Another grandparent reminded her son about the cruise she had booked a year before, and that he would need to make other childcare arrangements. He was very annoyed, and just assumed her "holiday" would now be at the same time as when they went away.

Most of us, if we can, are more than happy to help out with caring for our grandchildren on a regular basis. However, even before the recession kicked in, I was aware of numerous grandparents who are feeling used and expected to help to support the standard of living their children had got used to, prior to the arrival of their children. Occasionally this is to the detriment of the grandparents’ health and lifestyles.

When childcare becomes an expectation

This is not always the case. Some families need support to just keep their heads above water. My gripe is to some degree, with the blinkered, bright young things, still gliding about in the nice cars, and still expecting the holiday abroad. They are technically being subsidised by their parents who are saving them lots of money in childcare fees!

PS Next week I am thinking of auditioning for grumpy old women!

Please don’t get me wrong. Most people love to have their grandchildren around, and are happy to give their children a break or care for grandchildren when mum and dad are at work.  Some families wouldn’t want it any other way and don’t expect anything in return. But some young parents aren’t considering the effect on their parents.

Grandparents are being expected to care for long or erratic hours and to pay and provide food, nappies and treats. I know of a grandparent on a very limited budget who is now caring for two small grandchildren by two different children. She has had to childproof her home, buy a larger car, car seats and a double buggy. She is really struggling physically - due to a recent operation - and financially. After her operation the children’s concerns were "how long they were going have to find alternative expensive childcare?" - not how long before she was fully recovered and fit to care for two toddlers.

It is not always easy saying NO

I have sat in toddler groups discussing this issue time and time again. We have had a few minor victories, when one son said to his mum, "You have X’s children, Monday to Wednesday, so I think it’s only fair you have mine Thursday and Friday!" This meant grandma would have to give up her lunch with friends and keep fit sessions.  We all said "You have to say no, you can’t give up your whole week".

The next week she came in and said "I put my foot down, and said no"; "Great!" we all said until she admitted that she had compromised and was going to have all the grandchildren at the beginning of the week so as not to show favouritism to her children.  We all said "presumably you will be exhausted/asleep the remainder of the week".

Can a childcare agreement work in your family?

Several times when people were feeling "used" we have discussed the concept of producing a childcare agreement, and in principle the grandparents said it was a good idea.  We even drafted one once. When I suggested typing it out, people said they felt they couldn’t give it to their children, it felt too formal and business-like. I only know of one family that have a childcare agreement in place, and that is because the daughter is a lawyer. If it became more commonplace where the ground rules were set and written down at the beginning, I would hope it would give the army of part-time grandparent carers more credence and establish the importance of their role.'