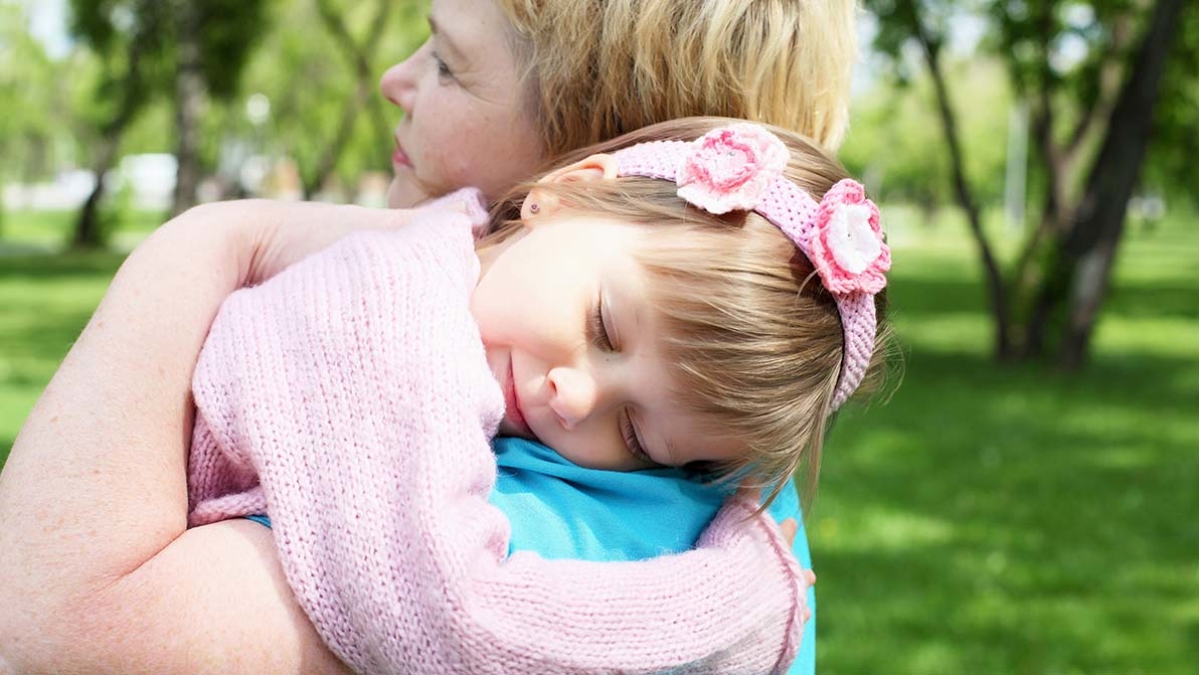 Research shows that many young grandparents are caught in a poverty trap as they try and juggle their own working life with caring for their grandchildren. Many still have children of their own to care for – others are looking after elderly parents AND caring for grandchildren at the same time. This leaves them struggling to fit in work - and they’re not eligible for paid childcare help. There are now 1.5 million grandparents in the UK under the age of 55 and the numbers are increasing rapidly.

A recent survey by Grandparents Plus showed that working age grandmothers on low incomes are the ones most likely to be providing childcare. They struggle to find jobs offering flexible hours and are caught in a trap where they have to give up hours at work in order to look after their grandchildren.

Louise White*, 42, is a grandparent of two. Until recently, Louise was juggling her money commitments, part-time job and trying to balance her time looking after her own children, as well as her grandchildren.

"When (my first grandchild) was born, my daughter was going to go back to work after six months, but then wanted to stay with her daughter for the first year. When she did go back to work I had my granddaughter from 7am until 4pm one day a week. At that time, I still had two boys at home aged 18 and 15 that I was supporting through school and exams.

"I was already in a part time job, and was considering going full time, but I agreed to look after my granddaughter rather than put her in a nursery. The second day my daughter was at work the other grandma had her, who was in her 60's and not working. My daughter did offer to pay for me to have my granddaughter, but I wouldn’t hear of taking payment to look after members of my own family."

Money isn’t always the only problem to consider when asking grandparents to provide childcare. Sometimes, a conflict of interest can arise when parents and grandparents have differing ideas of how children should be raised.

Sam Smethers, Chief Executive of Grandparents Plus, said: "At the moment grandparents are the most popular form of childcare – but the least recognised. Low income families are also the ones most likely to rely on grandparents for childcare. The tax credit system is supposed to be helping those families but they can't get financial support for childcare."

Dr. Julia Griggs, Research Officer for the University of Oxford, who prepared the survey , said: "The key to better support really seems to be in extending rights to request flexible working to grandparents and compensating them for earnings lost through providing childcare for working parents.’ While many grandparents are happy to look after their grandchildren, Sam Smethers says it’s important to remember that they do have lives of their own.

"Younger working age grandmothers are the ones who reduce their hours or drop out of the labour market to provide childcare. ‘Parents are struggling to pay for childcare and grandparents understand that. Families in low paid work are more likely to work anti-social hours, weekends or shifts. Paid day care is unlikely to work for them."

Grandmother Louise White says: "We do have different needs from older grandparents. Not only are we supporting our children/grandchildren, but we still have to think of work and our jobs."

*Name has been changed

Universal Credit is a new benefit that has started to replace 6 existing benefits with a single monthly payment into your account. Universal Credit will help you to be better off in work, start a new job or work more hours. For more information please click here.

Are you a ‘Grancarer’? Finding it difficult to balance your work and family commitments? Call the Family Lives Helpline on 0808 800 2222 for help and support. Our Grandparents section also contains lots of useful information. Find out what other grandparents are thinking about this subject on our forums.

Employers for Childcare, for details on claiming childcare help. A grandparent can become registered as a childminder if they look after at least one other nonrelated child. This means that the grandparent's own grown-up children will also be able to claim financial help with childcare costs through the childcare element of Tax Credits if eligible, or use childcare vouchers.’

According to the 2009 Budget, ‘grandparents and other adult family members who care for their grandchildren or other members of their family aged 12 or younger for 20 hours or more a week will be able to gain National Insurance credits toward the basic State Pension from April 2011.’